Since the controversy about JUUL products being a magnet for teenagers, efforts to prevent teens from vaping on social media platforms have risen. YouTube is cracking down on e-cigarette product reviews although they are not illegal. Reviewers of e-cig products have seen their channel receive strikes and in some cases deleted.

The YouTube crackdown comes amid recent criticisms of JUUL products by politicians and anti-tobacco activists. The company has expressed its commitment to prevent teen 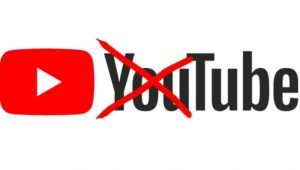 s from using its vaping products. JUUL boasts of 55% of the US vaping market share.

The controversy comes at a time that there is a growing consensus that e-cigarettes reduce the risks associated with smoking. YouTube e-cig reviewers like Ruby Roo are genuinely worried about the crackdown. Ruby Roo noted on Instagram that he had to delete 3 of his videos with one of them having more than 85,000 views.

There are a lot of vaping news pieces about the situation. The New Yorker cited an anti-smoking activist who noted that the backlash against JUUL is absurd. On Instagram, people are taking jabs at YouTube. On meme said that “YouTube does not believe in the First Amendment.”

Meanwhile, the Food and Drug Administration (FDA) has warned YouTube and other online advertisers that it will be severe on anyone advertising vaping products to the underage.

The YouTube Community Guideline provides information about content that is prohibited. However, it is very flexible and does not apply to all types of videos. Hence, producers sometimes do not know what applies in their situation. YouTube monitors its site constantly for violations. If a particular video violates the rules, the channel gets a strike. YouTube has a three strike policy.

With the first strike, YouTube deactivates some functions of the channel such as the ability to live stream. All functions are restored after three months unless the channel receives a second strike within that period. It is possible to appeal, but the appeal could be denied without any explanation.

If the second strike is issued before the expiration of the first strike, YouTube suspends the 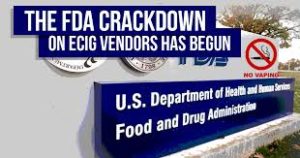 right to post new videos for two weeks. Afterward, full privileges are obtained again, but the strikes remain until the expiry of the three month period. If a third strike is given, the account is terminated. Check out www.soupwire.com for all the latest information about the vaping industry, related news and, innovations.

YouTube has been raising awareness about the benefits of vaping and has influenced many smokers to switch to vaping. But, now it is systematically cleansing its platform of any content advocating vaping. Since 2016, when the FDA Deeming Rule defined e-cigs as a tobacco product, YouTube demonetized vaping content. The only revenue collected through such content comes from affiliate links

Many vaping reviewers are now using more obscure media as a result.

If the crackdown was the result of a democratically debated legislation, it would find some acceptance. However, no such laws passed. The products being advertised on YouTube are perfectly legal, but no justification has been given by YouTube for the crackdown.

JUUL Labs has announced that it is supporting the State and Federal authorities to combat teenage vaping. The company has vowed to take several measures to that effect including undertaking social media campaigns against teenagers using JUUL products.

When asked, JUUL Labs noted that it is not responsible for YouTube’s latest actions. “We only request the removal of content that targets youth audiences or advocates for illegal activity,” a spokesman for the company stated.

It’s not just creators of vaping content on YouTube who fear a crackdown. In the past months, YouTube has terminated channels devoted to cannabis cultivation and use. These channels were terminated abruptly after having received three strikes in a very short period of time.

This sets a dangerous precedent that is allowing social media and other such platforms to bypass the democratic process to clampdown on advertisements and products they dislike. It can be described as a deliberate prevention of the freedom of speech.