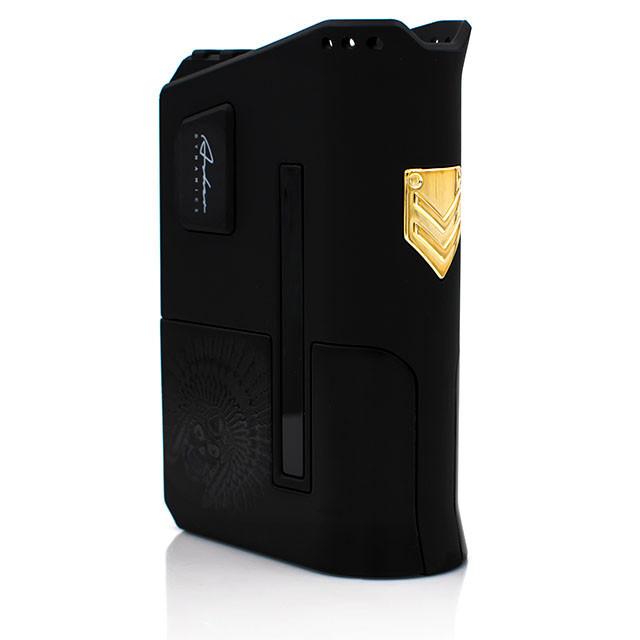 The Arms Race Box Mod is the newest addition to the collection of Limitless’ vaping products. The mod, which has a military theme, was produced just after the Limitless Mod Company’s dispute with iJoy. The device shows the designing prowess of the California-based vaping company. The focus of Limitless was not only on appearance but also the mod’s performance. 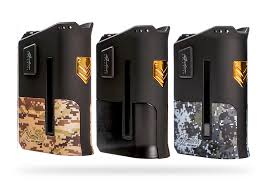 The Arms Race Box Mod comes with a cool Limitless gold plated badge and a tough zinc alloy chassis. The gold badge on this mod adds a premium feel to this device. There are three different replaceable shells for this mod that you can use to completely change its appearance. You have the Blackout Skull Chief, the Blue Digi Camo Limitless, and the Desert Digi Camo sleeve. This mod comes with one design per kit. You can purchase the other two sleeves as accessories for the mod.

The Arms Race Box Mod was designed to look like the AR-15 battle rifle. It has a rubbered finish which makes the mod very east to grip. The military-inspired design can also be seen in the mod’s detachable battery which looks like a magazine ammunition clip. There is also a Picatinny rail cut into the top of this mod which is very reminiscent of assault rifles.

The Limitless Arms Race Box Mod comes with a 0.91 inch OLED screen on the front of the mod. The screen is well-fitted, but it is not very bright. The screen displays all the usual data like the temperature, wattage, and battery life of the vaporizer.

The Limitless Arms Race Box Mod is powered by two 18650 batteries which can last even heavy vapers for a whole day. The detachable battery compartment was designed to operate like a gun’s magazine clip. You can access the battery compartment by pulling off the lower portion of the device. The mod comes with a micro USB cable for charging the device and upgrading its firmware. The USB port is located under the device.

The Arms Race Box Mod is very user-friendly and features a new Limitless proprietary chipset. This custom chip allows for the easy adjustment of the Temperature Control (TC) mode and variable wattage settings. This chip will automatically detect your attached coil and adjusts the temperature in the TC mode. This Limitless mod also supports TCR mode. The temperature range of this mod is 200 to 600 degrees Fahrenheit. You can use nickel, titanium, and stainless steel coil heads on this mod. It can fire from 5 watts to up to 200 watts. 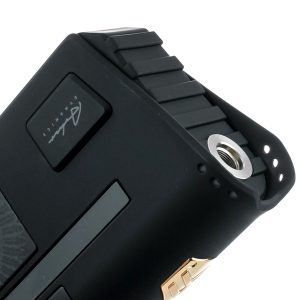 settings of the device. All three buttons are very responsive. However, the two adjustment buttons are very small and could be challenging for users with very big fingers. Another issue is that the fire button protrudes a bit and this increases the chances of pressing it accidentally when it is in your pocket or bag.

The Limitless Arms Race Box Mod can fit any tank or RDA with a diameter of 25mm. There is a spring-loaded 510 connector with a gold-plated pin for attaching your tank or RDA. This tank will allow you get the full flavor of your favorite vape juice and you will get lots of vapor.

If you love guns, then the Arms Race Mod by Limitless was built just for you. It looks a bit like an AR-15 magazine. This is the perfect mod to grab if you want to impress your buddies with your vaping setup. This Limitless mod is priced at up to $80 on some online vape stores, but you can get it for only $65 on Ejuice Deals. 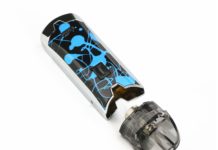 Review: Everything You Need to Know About the Eleaf Tance Max