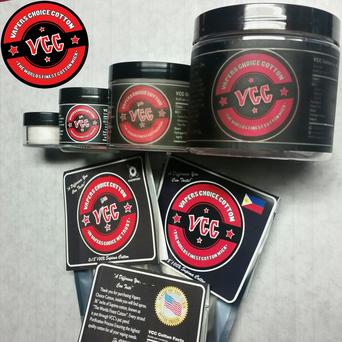 Vapers Choice CottonVaper’s Choice Cotton was founded by Brendan Kaminaka, an ex-smoker of 15 years who fell in love with the vaping industry. But he found it strange to use cotton used for removing nail polish in his vape. So he started researching how cotton is made, absorbing every piece of information he could. From the growing, refining and even all the different types, he learned the process intimately.

He stumbled across Pima Cotton, a long stranded cotton and started prototyping. Eventually, the process became refined and now, Vaper’s Choice Cotton uses Supima cotton, a type of cotton only grown in the United States that has to go through rigorous standards to be labeled as such.

We decided to try some for ourselves and check it out.

The cotton comes in either a jar or a bag. Upon opening it, I was a little surprised to see it nice and rolled up. It’s not like a cotton ball, the individual cotton strands are all neatly combed out along the entire “spool” I guess you could call it. There are no lumps of fibers in it at all like you find with regular organic cotton.

My first time wicking Vaper’s Choice Cotton was a learning experience. With regular cotton, I usually use a thick piece of cotton, squeeze the end tight and through the coil and pull it back and forth to fluff out both sides of the cotton. With this stuff, you can’t do that because the fibers are much looser. You have to use a strand of it that is pretty close to the size of the coil. Too much and it’ll pull all the fibers loose and get bunched up and fall apart.

Anyways, I got the hang of it and wicked my vape so it was time to drip it.

I immediately noticed how much more e-Liquid I had to use to get it saturated. Even after it looked like it was saturated well enough, it soaked up the rest of the juice in the well and I had to use more. They do claim that the stuff is 3X more absorbent than regular cotton. They weren’t kidding.

Time for the moment of truth though, how does it vape?

I did a couple of test fires without the RDA cap and I saw that it was a little more spunky than before which was a good sign so I put the cap on and took a toke.

So how about flavor?

The flavors popped. It was like someone took a metaphorical highlighter to each flavor note. Everything was just tastier. The difference in flavor and vapor volume between this and regular organic cotton was a night and day difference.

And it took waaaay longer than regular cotton before I had to drip again.

So what are the cons?

Well, it’s definitely more expensive than a bag of cotton balls. BUT that gets offset somewhat by how long it lasts. After using it for almost a week, it’s showing no signs of slowing down. But it’ll still cost more than a couple bags of cotton. Like I said, the wicking was different. It took me a couple tries to get it wicked. It’s more difficult to work with when it’s dry, much easier when wet (insert inappropriate joke here.) Other than those though, I’m a big fan of Vaper’s Choice Cotton.

It’s nice to see so many wick companies popping up as an alternative to organic cotton balls. I’m loving this one so far. We’ll be reviewing Cotton Bacon soon too so keep an eye out for it!

In the meantime, you can check out Vapor’s Choice Cotton HERE! 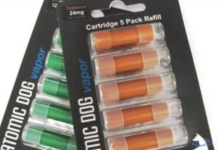 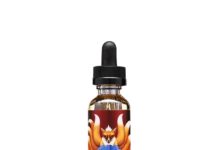 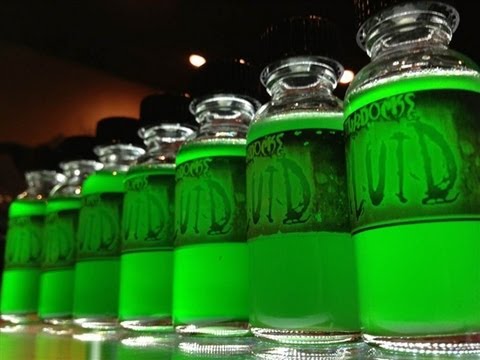